World Cup Wins: Behind the scenes for logistics and supply chain 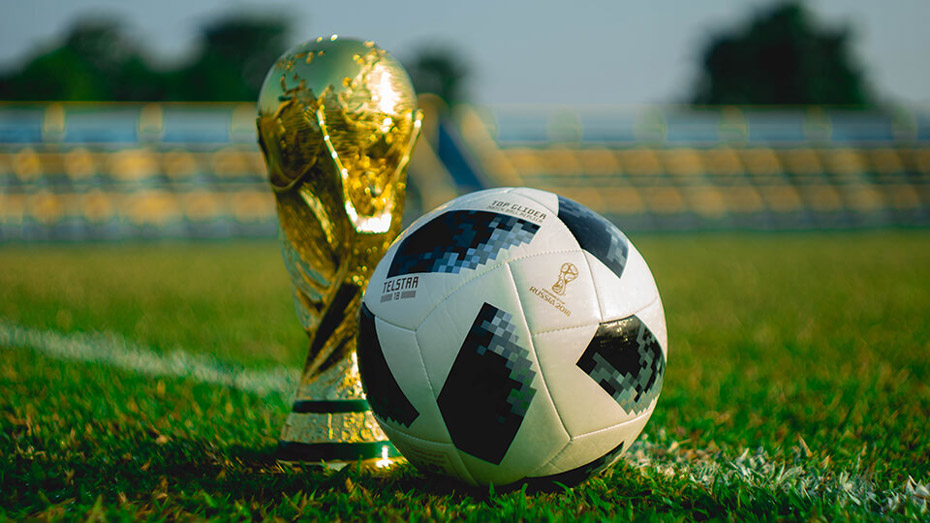 The World Cup is more than just soccer and cheering fans; it’s a major logistical undertaking. There are 32 teams and 3.5 billion people who tune in. We previously gave you some insight into the logistics behind the Winter Olympics. The World Cup is another one of those events that has countless wheels turning behind-the-scenes that the average viewer may not be aware.

Let’s have some fun and analyze each element of the supply chain as it relates to the World Cup:

There are lots of raw materials needed for the World Cup teams to be successful during the events and to accommodate millions of fans. There are the obvious materials - did you know 3,240 soccer balls are needed? In fact, World Cup soccer balls are an entire supply chain on their own. They’re made in Pakistan and have many specifications.

Then there are materials for fans - lots of fans. In 2014, there were 3.1 million food and beverage transactions within stadiums during the course of the Cup. But there’s more than just food. Stadiums are stocked with merchandise available for purchase as well as sanitation supplies.

FIFA aims to deliver a world class TV production of the matches. This year, they’re using a 34-camera plan for increased coverage. As you can imagine, there’s a lot of bulky equipment that is needed for this quality of TV production. The camera setup can be seen in the graphic below. In addition to cameras, there are 12 TOCs (Technical Operation Centers) that were assembled. The TOCs are where production equipment is set up. All of this equipment was shipped from Munich, Germany to Russia on 36 trucks! The shipments included 53,000 pieces of cable and must have taken quite a team to assemble.

There are major brands that get involved during the World Cup such as Adidas - they made $2 billion selling gear during the 2014 games. Gear brands need to prepare far in advance in order to meet such great demand. After the final match, there is a rush by fans to purchase the winning jersey from ecommerce marketplaces and retailers. That’s a lot of picking, packing and shipping of the winning country’s gear. The soccer players aren’t the only ones competing for a win. Different companies are sponsoring different countries’ jerseys so it will be a toss up on who gets the winning sales.

Watching from home? Don’t run out of beer.

Even if you’re not travelling abroad to enjoy the games, there are still behind-the-scenes logistics that take place. Local stores stock up on food and drinks in case you’re having people over for a viewing party. Some might be tempted to splurge on a new TV. Souvenirs are sought from fans worldwide. Russia didn’t anticipate that World Cup fans would drink so much beer and now they’re running low. Oops!

If supply chains aren’t prepared for the demand that comes with major world events like this one, businesses can miss out on opportunities. This is broadly true even if you’re not a soccer fan or your organization doesn’t partake in global events. At FIDELITONE, we're order fulfillment experts, working with ecommerce companies, omnichannel retailers, direct sellers and manufacturers to get products - efficiently and effectively - to consumers when and where they want them.

Contact us to discuss your needs and how we can help you seize opportunities.